Read the Latest Digital Issue
To better serve our many subscribers that are working from home during this time, we are offering digital issues of North American Oil and Gas Pipelines. Please Subscribe to ensure delivery of future digital editions. Thank you and be well.
August 20, 2018 News 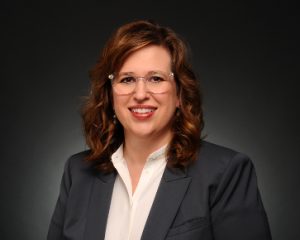 “Amanda is an exceptional leader whose experience and perspectives will be welcome additions to Anadarko’s Executive Committee, as we continue to pursue safe, responsible and capital-efficient growth with improved returns for shareholders,” said Walker. “During his 14 years with Anadarko, Bobby has been a significant contributor and trusted strategic advisor across multiple areas of the company. We are excited for Amanda’s promotion and fortunate to have Bobby with us for the next several months to ensure a smooth transition. We wish him continued success upon his retirement.”

McMillian has served in positions of increasing responsibility since joining Anadarko in December 2004, including most recently as senior vice president, general counsel, corporate secretary and chief compliance officer. During her tenure at Anadarko, she also served as vice president, general counsel and corporate secretary of Western Gas Holdings LLC, a subsidiary of Anadarko and general partner of Western Gas Partners LP, a publicly traded midstream master limited partnership, from January 2008 to August 2012.

Prior to joining Anadarko, she practiced corporate and securities law at the law firm of Akin Gump Strauss Hauer & Feld LLP, where she represented a variety of clients in a wide range of transactional, corporate governance and securities matters. McMillian holds a Bachelor of Arts from Southwestern University and received both a Master of Arts and a Juris Doctor from Duke University, and serves on the Board of Trustees of Southwestern University.