Read the Latest Digital Issue
To better serve our many subscribers that are working from home during this time, we are offering digital issues of North American Oil and Gas Pipelines. Please Subscribe to ensure delivery of future digital editions. Thank you and be well.
August 14, 2018 News, Project Roundup 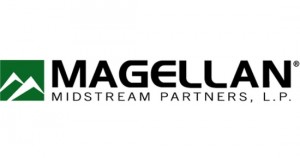 The expanded capacity will handle incremental shipments of gasoline and diesel fuel to demand centers in Abilene, Midland/Odessa and El Paso, Texas and New Mexico. The pipeline system can also access markets in Arizona and Mexico via connections to other pipelines.

Magellan had previously announced its plans to expand the capacity of this line segment to approximately 150,000 barrels per day (bpd) from its current capacity of 100,000 bpd. Based on additional committed volume received as part of its recent supplemental open season, the partnership now plans to expand this pipe capacity to 175,000 bpd.

Supported by long-term customer commitments, the expansion will be accomplished by a combination of increased pipeline diameter along the partnership’s existing route and construction of 140 miles of new pipe from Hearne to Alexander, Texas. Connectivity to the ExxonMobil Pipeline Company’s terminal in Wink, Texas will also be added as part of the expansion.

“Magellan’s expansion of our refined products pipeline system into West Texas provides our customers with continued flexibility to meet growing demand for gasoline and diesel fuel in the region with supply from our Gulf Coast and Mid-Continent origins,” said Michael Mears, CEO. “Further, construction of the new pipeline segment between Hearne and Alexander has the strategic advantage of providing additional capacity along our extensive pipeline network to satisfy strong demand for refined products destined for the Dallas-Fort Worth metropolitan area.”

Magellan now expects to spend approximately $500 million on this project, with the expanded capacity available mid-2020, subject to receipt of all permits and approvals. Construction of new refined products terminals in both Midland and the Delaware Basin remain under review.